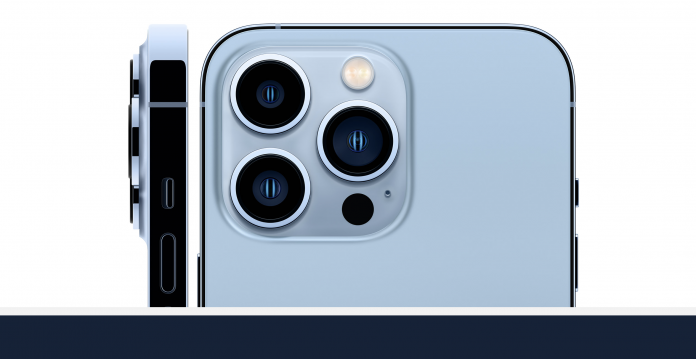 It’s not long ago before Apple launched the iPhone 13. But rumors have given us some hints on what to expect from the iPhone 14 launch. Apple is expected to release the new brand in the third quarter (Q3) of 2022, and so many changes are expected in terms of design, specs, and more. Below is a round-up of all the iPhone 14 rumors we have gathered.

What will be the iPhone 14 marketing name?

Given the iPhone lineup, the iPhone launched in 2021, was branded the iPhone 13. The anticipation is that the new brand will be the iPhone 14. It’s not certain whether the company will return to the “S”, but rumors have it the release of the new iPhone in 2022 will be a groundbreaking release.

Although it remains to be seen, it will not be long before Apple abandons the numbers on the iPhone lineup entirely, and new iPhones are named based on such aspects as size or year. We cannot say this with certainty, we will have to be patient until 2022 to witness what the new iPhone will be officially branded.

Features & specs to expect in iPhone 14

Perhaps the biggest design change to expect with the release of the new iPhone. To put it into perspective, the note design was first integrated into the iPhone X, and it hasn’t changed since then. Perhaps you’re wondering what the notch is—-the notch houses technology like camera and Face ID technology among others.

As reported by Ming-Chi Kuo, a reliable Apple analyst, Apple will forego the notch come 2022.  Apple will introduce a “punch-hole design” —-Commonly used on many high-end Android flagships.

However, successful adoption of the technology is dependent on the company’s prototyping as well as production. Apparently, Apple’s ultimate goal is to bring the technology ‘punch-hole design’ to the high-end iPhones. I.e., iPhone 14 Pro Max.

In fact, the notch houses sophisticated technology, and we are curious to see how Apple will succeed in foregoing the notch in the new release.

Earlier we hoped that Apple would introduce under-display Touch ID to the iPhone, but this hasn’t come to fruition. Recent rumors from Kuo have it that Apple has no choice but to delay this technology to 2023.

The current iPhone has a projecting camera bump which is so because of the thin design of the iPhone.

Additionally, the protruding camera bump is necessitated by the thickness of camera components. However, Apple will drop the camera bump with the 2022 iPhone release by making it thicker.

Rumors had it that this feature would be introduced in 2021, but that did not happen. iPhone 14 will be completely wireless.

The new iPhone expected in 2022 will not feature a Lightning port. As a result, the iPhone 14 would support wireless charging. However, this change should be expected with the 14 Pro. The lower-end models might have to wait for a little longer-perhaps over the next few years.

According to Ku, Apple will release iPhones as follows: 6.1-inches & 6.7-inches. The most logical screen size could be the two low-end iPhones followed by the other two high-end models. Perhaps, many iPhone users still love the 5.4-inch form but it might be discontinued on the basis that Apple didn’t meet the expected sales.

What is the release date for the iPhone 14?

Also Read: 5 MacBook Pro tips everyone needs to know in 2022

How to Check MacBook Battery Health?

How to Pair Bluetooth Keyboard With Your Mac

This website uses cookies to improve your experience while you navigate through the website. Out of these, the cookies that are categorized as necessary are stored on your browser as they are essential for the working of basic functionalities of the website. We also use third-party cookies that help us analyze and understand how you use this website. These cookies will be stored in your browser only with your consent. You also have the option to opt-out of these cookies. But opting out of some of these cookies may affect your browsing experience.
Necessary Always Enabled
Necessary cookies are absolutely essential for the website to function properly. These cookies ensure basic functionalities and security features of the website, anonymously.
Functional
Functional cookies help to perform certain functionalities like sharing the content of the website on social media platforms, collect feedbacks, and other third-party features.
Performance
Performance cookies are used to understand and analyze the key performance indexes of the website which helps in delivering a better user experience for the visitors.
Analytics
Analytical cookies are used to understand how visitors interact with the website. These cookies help provide information on metrics the number of visitors, bounce rate, traffic source, etc.
Advertisement
Advertisement cookies are used to provide visitors with relevant ads and marketing campaigns. These cookies track visitors across websites and collect information to provide customized ads.
Others
Other uncategorized cookies are those that are being analyzed and have not been classified into a category as yet.
SAVE & ACCEPT
MORE STORIES
iPhone