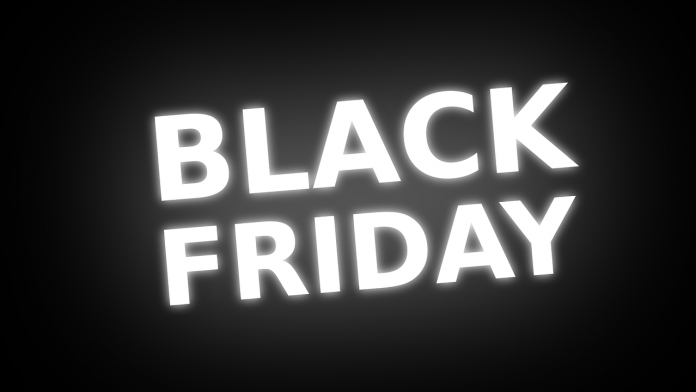 Black Friday is right around the corner, and you may be wondering where to get the best Black Friday deals.

The Internet has made it easier than ever to find out which retailers are offering discounts on their products, but how do you know if they’re reputable? Here are our favorite stores where you can get the best Black Friday deals and make an informed decision this holiday season!

Retailers with the Best Black Friday Deals in UK

Amazon – Just about everything

Retailers with the Best Black Friday Deals in US

This year, get ready to shop early and often. Amazon has been ahead of the game leading up to Black Friday with daily deals. That will only get better as we approach the big day. Currently, some of the best deals on Amazon for Black Friday include deep discounts on the Fire TV Omni and Fire TV 4-Series smart displays and lower prices for the first-gen Echo Show.

The Best Buy’s official Black Friday sale started a week before, and it will end on Nov 19. The entire November will be a treat, and you will find thousands of deals across various items. Plus, all of these will be covered by a “Black Friday Price Guarantee.” So you will have plenty of opportunities to get discounts and save some bucks.

Already, there are stores that have released their Black Friday ads, and it is usually among the first to do so. However, you can still shop for deals offered during this preview sale on gaming computers, where prices will be the lowest of all year.

HP has announced that it will be rolling its Black Friday and Cyber Monday deals into one big ol’ sale from Nov. 25th to Cyber Monday, which significantly drops prices on many Microsoft software as well as on Windows 11 compatible laptops and computers.

HP is excited for all shoppers out there, looking forward to getting your holiday shopping done early this year!

With a three-day Black Friday sale from Nov. 26 to 28, this department store keeps things pretty traditional this year. But they’re not just about the discounted deals. JCPenney has listed some fascinating promotions and doorbusters on their official website all month long. If you can wait for that big day, you will witness some exciting and lucrative kitchen deals on their website.

Kohl’s has officially started the Black Friday shopping season with its preview event. The store will have killer deals and discounted products throughout November, and an ad scan was released on 5 Nov for all bargain hunters out there looking to save money.

Besides, you can enjoy 15% off on selected items using the promo code GET15 and earn $10 in Kohl’s Cash on every $50 spent. However, the official Black Friday sales will start from Nov. 21 at Kohl’s.

How to Fix a Mac that won’t turn on

This website uses cookies to improve your experience while you navigate through the website. Out of these, the cookies that are categorized as necessary are stored on your browser as they are essential for the working of basic functionalities of the website. We also use third-party cookies that help us analyze and understand how you use this website. These cookies will be stored in your browser only with your consent. You also have the option to opt-out of these cookies. But opting out of some of these cookies may affect your browsing experience.
Necessary Always Enabled
Necessary cookies are absolutely essential for the website to function properly. These cookies ensure basic functionalities and security features of the website, anonymously.
Functional
Functional cookies help to perform certain functionalities like sharing the content of the website on social media platforms, collect feedbacks, and other third-party features.
Performance
Performance cookies are used to understand and analyze the key performance indexes of the website which helps in delivering a better user experience for the visitors.
Analytics
Analytical cookies are used to understand how visitors interact with the website. These cookies help provide information on metrics the number of visitors, bounce rate, traffic source, etc.
Advertisement
Advertisement cookies are used to provide visitors with relevant ads and marketing campaigns. These cookies track visitors across websites and collect information to provide customized ads.
Others
Other uncategorized cookies are those that are being analyzed and have not been classified into a category as yet.
SAVE & ACCEPT