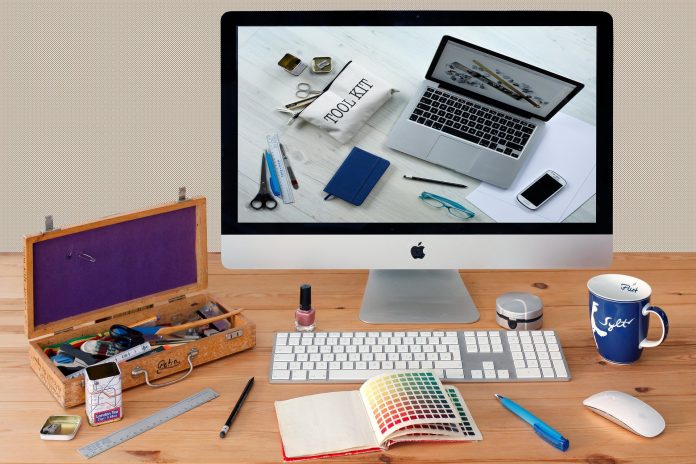 Nowadays, it is becoming increasingly difficult to run Windows on a Mac, so we have provided the most reliable ways in 2021.

Installing Windows on your Mac comes with many benefits, like the ability to run Windows-only software.

Moreover, it is cheaper and way convenient than buying a separate PC. Installing Windows on Mac is easy and reliable. However, there are different ways that are effective in comparison to others.

We have, therefore, taken a closer look at different ways available and provided you with the best options.

What are the Possible Risks of Installing Windows on Mac?

On the contrary, running Windows on a Mac effectively has multiple benefits. For example, it isolates the rest of your Mac from any threats like viruses or malware.

In the event the Windows installation gets a virus or corrupted, it wouldn’t compromise/damage macOS. You can just go ahead and delete the installation or reinstall it.

With that in mind, here are the safest ways to install Windows on a Mac of 2021 in order of ranking. 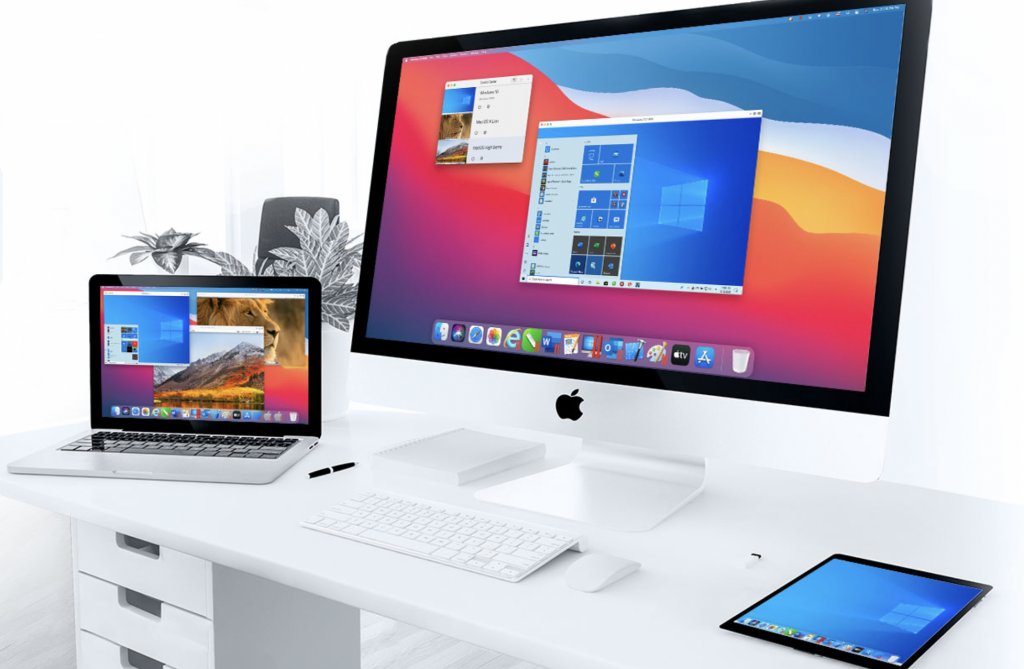 A virtual method, also known as virtualization software, allows you to run windows “virtually” within macOS.

The common and the best virtual machines for Mac users are Parallels & VMWare Fusion.

Although the two virtual machines have slight differences, Parallels is unmatched based on speed, ease of installation, and convenience.

Nowadays, you can install Windows on a Mac for free with Parallels because you only need to buy a Windows 10 activation key.

If you already have Windows 10 installed on a PC, then it makes the process easier. You can use the same activation key during the Windows installation process in Parallels to acquire another activated key for free on your Mac. 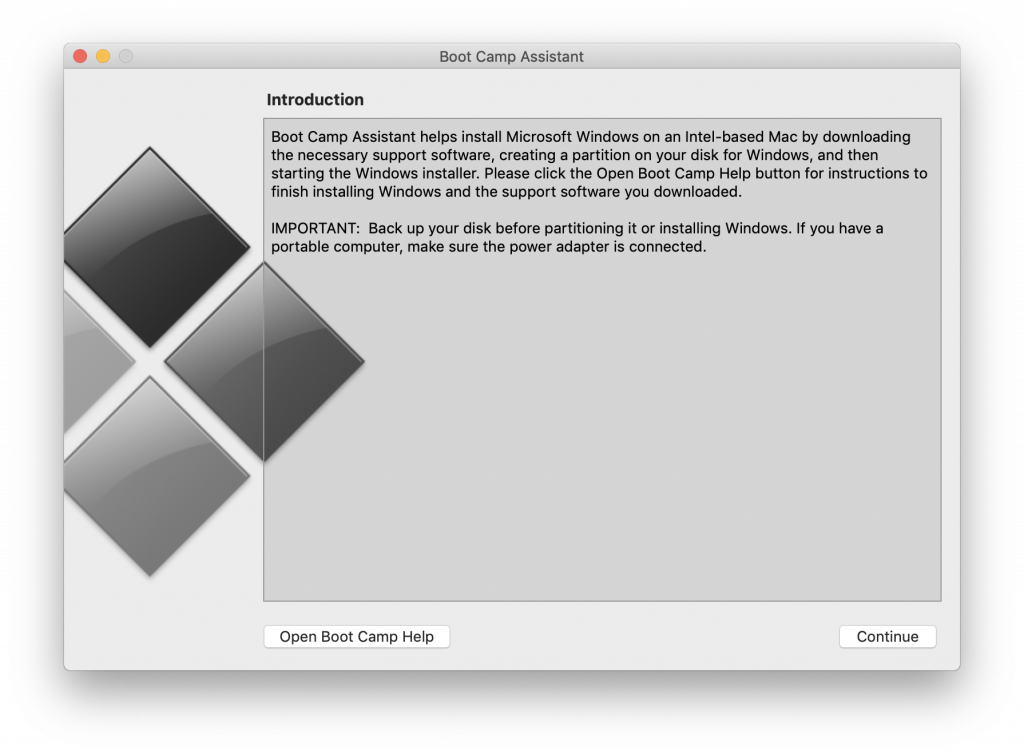 Apple Boot Camp is by far the most common method used to install Windows using visualization software. Apple Boot Camp method is popular among gamers because it leverages more power from graphics. Additionally, it doesn’t have to run a virtual machine like in the case of Parallels.

For gamers, Apple Boot Camp makes playing games like Valheim on a Mac less choppy. Besides being a FREE tool, Boot Camp allows you to install Windows on a partition on your Mac hard drive, leaving you the options to boot your Mac in either Windows or macOS.

On the negative side, installing Windows with Boot Camp is restricted to using either Windows or macOS at any single time. It means that you cannot switch between the two instantly, like in the case of virtualization software.

Wine is an acronym for Wine Is Not an Emulator. Notably, it’s a free way to run Windows on your Mac. How does it work? You might ask!!! It works by “wrapping” windows in macOS.

It is also worth noting that Wine is 32-bit only hence incompatible (doesn’t work) with macOS Catalina, which supports 64-bit apps.

There is no better way of explaining this without getting very technical and boring, but simply said it allows your Mac to interpret Windows API calls.

Wine is best suited to people who have strong technical skills with Macs. In essence, Wine is sophisticated and complex to use, set up, and, more often than not, doesn’t respond positively to all problems. 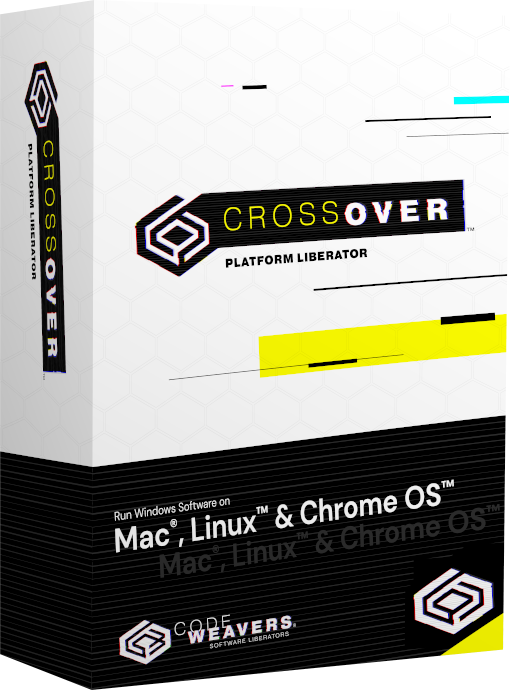 Crossover is similar to Wine, but one huge difference is that the latter is the easier-to-use interface. Additionally, it is way easier to set up, even though it is not free and costs about $39.90.

Having mentioned that it is similar to Wine, it can only run Windows programs that are Wine compatible. It, therefore, restricts the number of games, not to mention apps that work with it on a Mac.

Remember. Crossover is the only way to play some Windows games on M1 Macs. Nonetheless, it doesn’t work with all games. It is worth checking the list of Crossover supported games as well as apps before purchasing it.

In summary, Crossover is easier to set up and use, and it works with some games and software on M1 Macs.

On the other hand, it is not free and has a limited amount of Windows games and apps it can support and is slow to update.

Frame applies the same principle as remote desktop software in the sense that it hosts Windows and Windows apps in the Cloud and then moves ahead to give you access to them via your browser.

The only major disadvantage of Frame is that it does not give the user access to Windows because it is Cloud-based. At the same time, Frame is not cheap; its plans start at $20 per user per month.

Mac OS X works perfectly well for most tasks, but it may reach a time when you cannot do what you want with it. More often than not, this means running Windows on your Mac. If you need to run Windows on your MAC, you should consider running a virtual machine. For most users, it is the most sufficient and is much easier to set up. As a matter of fact, you do not have to be tech-savvy.

However, in some cases, it would be recommendable to run Windows natively on your Mac, irrespective it’s for gaming, or you cannot tolerate OS x any longer. If that is the case, Boot Camp makes it easier to set up. With good drivers, you will be up and running in no time.

Also read: Ways to eject external storage from your MacBook

Ways to Eject External Storage From Your MacBook

9 Best Mac Tips and Tricks, Use Your Mac Like a...