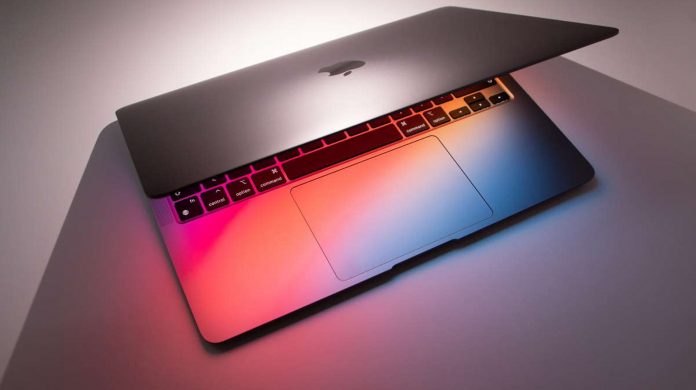 Welcome to the topic Is the MacBook Great for Gaming?

Macs are known for their stellar design and beautiful displays, but do they make great gaming machines? Well, it depends on what you’re looking for, how often do you game and what kind of games do you like to play?

The MacBook is one of the most popular laptops on the market today. It’s slim, sleek, and fast. But whether it can be your next gaming machine? Read more to find out.

Are MacBook Pros Good For Gaming?

The M1 chip in the new MacBook Pros makes them great for gaming, but it’s not a replacement if you want to play games on high settings. If you just need something cheap and durable enough to last through college with minimal fuss from sleepless nights playing CS: GO, or Minecraft make sure that Apple has your back.

The integrated graphics of a MacBook Pro can’t run games as well because they lack the power needed. The graphics processing unit (GPU) in Mac computers is much lower than the others and dedicated cards, which means that if you want smooth and lag-free gaming performance on your MacBook, it’s best to buy Windows PC.

Granted, maybe the M1 graphics processing power is still no way near to the dedicated Window gaming PCs, but it’s a lot better than Mac’s Intel integrated GPU.

What gaming performance can you expect from Macs?

However, when it comes to overall working and performance, the M1 is well ahead of the Intel-based versions on most benchmarks, including video game performance.

The MacBook Pro M1 is a great choice for those who want the best performance. Not only does it have better overall technical specs, but you also get to enjoy an affordable price with this machine.

You will find various models of Intel MacBook on the market, but the components are almost the same in those machines. The latest 13″ Intel MacBook Pro (2018-2019) is the best gaming machine we’ve ever tested. It features an Iris Plus Graphics 655, which has more than enough power to run demanding games at medium settings or low graphics with no problem whatsoever.

However, even the integrated chips cannot handle intense and demanding games at a reasonable frame rate. Nonetheless, some older Macs are suitable for moderate or basic games.

Furthermore, some Mac’s Intel-based model features a 10th-gen and i5 CPU, plus you can upgrade the machine to an i7. Similarly, you can also upgrade the RAM from 16 GB to 32 GB.

Upgrading both these components will slightly improve the game’s fps rate, but not by much. However, upgrading RAM and processor can make other common tasks like editing much smoother and quicker.

Apart from it, some other elements affect gaming performance. You need to consider the system’s RAM (total amount and speed), storage, compatibility, and other factors.

Luckily many apps and games are made for Intel-based versions; hence they don’t have compatibility issues. But still, you should know some essential things:

Old games work flawlessly on MBP integrated graphics, but you can use them only on 32-bit architecture. Unluckily, Apple has dropped down its support for 32-bit games in their recent update.

Still, you can play 32-bit games on Intel-based Macs in several ways:

As Apple doesn’t support 32-bit applications, you can use them on a virtual environment using any programs mentioned above.

The issue with this approach is that most games will not work well in these settings. It’s hard to get a playable frame rate for most games when used on Intel MacBook Pros. So, gaming can be a hassle on a Mac.

The good news is you can play 64-bit games on an Intel-based MacBook. But again, the fps rate will be much lower, and you might face lagging issues on some games.

Gaming On An M1 MacBook:

As we have mentioned above, the M1 MacBook delivers much faster and better performance compared to the Intel versions. Apple made some exceptional statements about the performance of their M1 chip variant, and so far, they are true. The M1 Macs are faster and, at the same time, use less power.

Apple’s M1 is an improved and new chip featuring a unique and different architecture (ARM); hence the compatibility issues are more.

When the M1 systems came into the market, most software and games were not ready and optimized for it. However, there are improvements with time, and developers are still working hard to make their programs and games compatible with the new Macs.

But from only the gaming perspective, you cannot compare them with the Window-based machines.

Macs are great for various tasks, but Window-based systems are far superior. If you’re a pro gamer and want to get the best gaming experience, it’s time to ditch that MacBook in favour of a powerful Windows desktop or laptop computer (or even an Xbox One X).

Have any questions regarding the topic Is the MacBook Great for Gaming? Feel Free to comment below.

Also read: How to Play Among us on Mac

Why macOS is More Resistant to Malware Than Microsoft Windows?

9 Best Mac Tips and Tricks, Use Your Mac Like a...