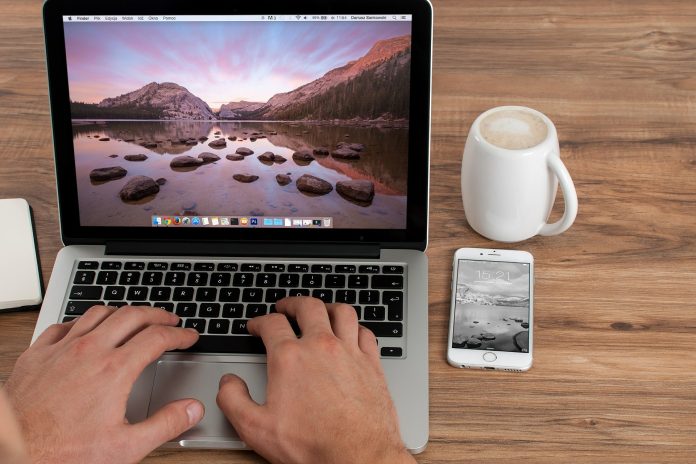 Taking a screenshot on a Mac should be fairly easy to do. It is indeed, but that’s if you already know how to do it. If you’ve used a Windows computer for years and you’ve recently become a full-time Mac user, then sometimes the basic things on a Mac aren’t so straightforward. Even though in my opinion the Mac is probably the easiest computer to use. But if you haven’t been shown how to then it can be frustrating.

However, you don’t need to worry because we pride our self on helping people master the features on their Mac. Read on to find out how to take a screenshot on your Mac.

On some Windows computers, you can take a screenshot using a single key on the keyboard. It’s different to do so on a Mac.

The Steps to take a screenshot on a Mac

On your keyboard, you need to locate three keys. The Shift, command and 3. To take a screenshot on your Mac, press and hold these three keys together.

If the volume of your Mac is up then you will hear a camera shutter sound and a thumbnail of the screenshot will appear in the corner of your screen. You can click on it to edit it.

Please note that on some keyboards the shift key is different. Some will show it as an arrow point upwards.

Capture part of the Screen

You can also capture a part of your screen. To do so you Press and hold Shift, Command and 4.

A crosshair will appear in place of the mouse cursor. You then click, then drag the mouse over the portion of the screen you want. Simply release the click and the screenshot will be created with a thumbnail in the corner of your screen.

Screenshots are saved automatically to your desktop.

As you can see, it’s fairly easy to take a screenshot on a Mac.

How to Properly Remove CleanMyMac from your MacBook?

9 Best Mac Tips and Tricks, Use Your Mac Like a Pro

This website uses cookies to improve your experience while you navigate through the website. Out of these, the cookies that are categorized as necessary are stored on your browser as they are essential for the working of basic functionalities of the website. We also use third-party cookies that help us analyze and understand how you use this website. These cookies will be stored in your browser only with your consent. You also have the option to opt-out of these cookies. But opting out of some of these cookies may affect your browsing experience.
Necessary Always Enabled
Necessary cookies are absolutely essential for the website to function properly. These cookies ensure basic functionalities and security features of the website, anonymously.
Functional
Functional cookies help to perform certain functionalities like sharing the content of the website on social media platforms, collect feedbacks, and other third-party features.
Performance
Performance cookies are used to understand and analyze the key performance indexes of the website which helps in delivering a better user experience for the visitors.
Analytics
Analytical cookies are used to understand how visitors interact with the website. These cookies help provide information on metrics the number of visitors, bounce rate, traffic source, etc.
Advertisement
Advertisement cookies are used to provide visitors with relevant ads and marketing campaigns. These cookies track visitors across websites and collect information to provide customized ads.
Others
Other uncategorized cookies are those that are being analyzed and have not been classified into a category as yet.
SAVE & ACCEPT
MORE STORIES
Tips